Surrounded by houses built in the 1940’s with sloping roofs covered by concrete tiles, the GN house stands out with its bright color and modernist simple shape. The house is slightly lifted from the street level and defined by a few basic materials and colors: concrete in white, steel and aluminum in black, and wood in its natural color. 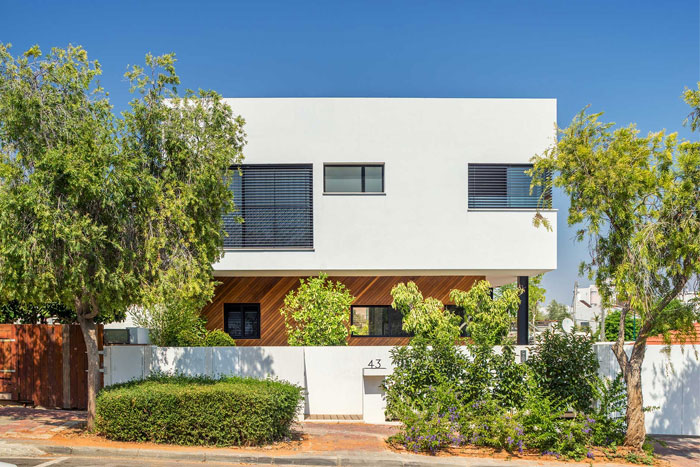 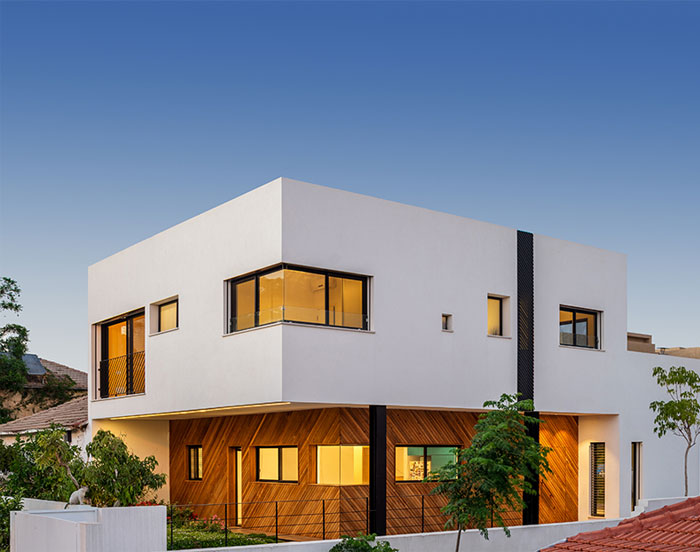 The scheme of the project is based on the merge of three boxes, which are distinguished from one another by size or coating material. At the front, the top floor stands out with its dazzling white plaster coating, and in contrast to the floor below it, which is coated with Cedar wood beams. The wood beams are assembled at an angle which gives the stiff mass a movement ef-fect; the same idea is carried out via the steel railing design on the second floor of the front fa-cade. The third box is located at the back of the ground floor. It is a 1.5 stories height space opened to the back yard throughout all its length, allowing the transition interior/exterior to happen naturally. 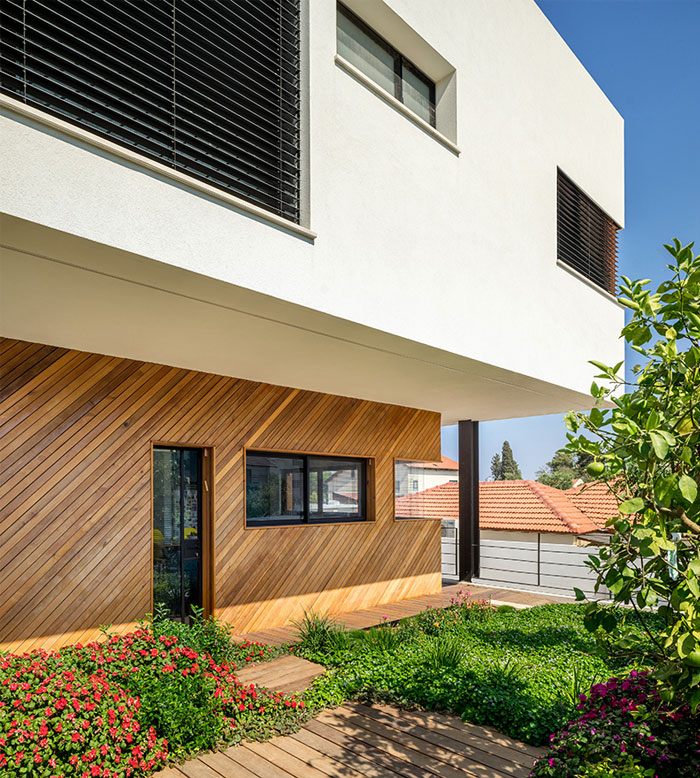 The public spaces are located on the ground floor of the residence; among them we find the kitchen facing the front yard and the street, a home theater, a study room and the living and din-ing rooms, which are located at the back, where the ceiling is high. A narrow skylight introduces natural light over the staircase upstairs and leads to the upper floor where the bedrooms are or-ganized around a squared common space with a circular skylight at its center. 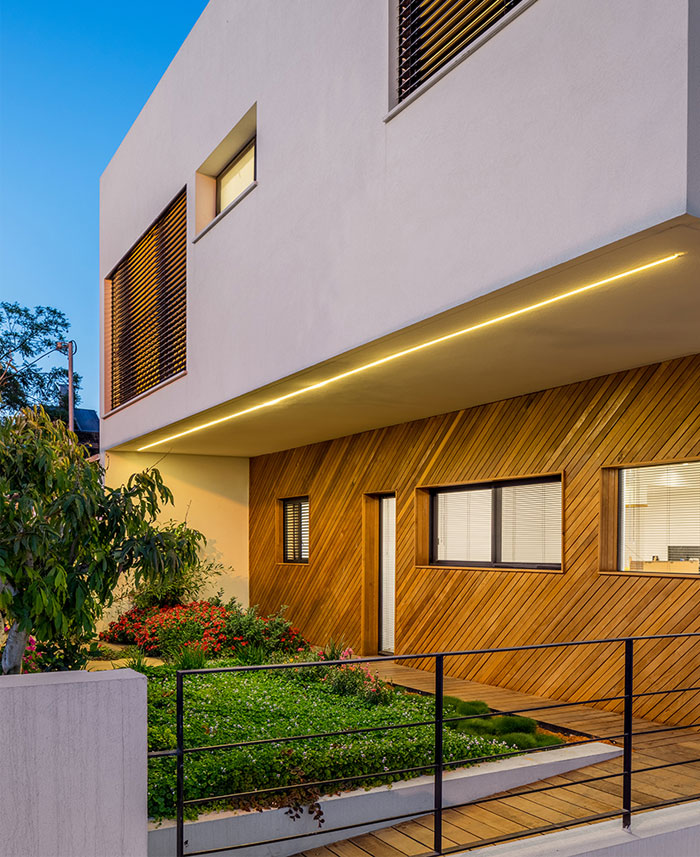 The project is characterized by two main design concepts: the first one is the forming of visual differentiation between built elements as a method to distinguish each one of them. This method was carried out in the pergola design at the back of the house. The pergola was designed to look as an assemblage of built elements: two rectangular columns with a concrete beam stretched between them, giving the impression it was just placed on them. Cedar beams, faced south and angled toward the sun’s path in order to maximize the shaded area, were installed between the long concrete beam and the house. By using a unique detail with hidden joins, the wooden beams appear as if floating between the masses. 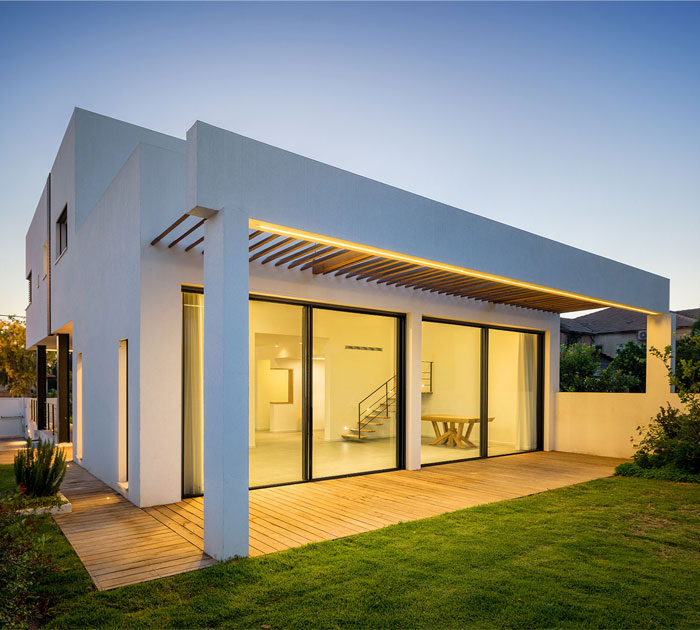 This method repeats itself in the project in var-ied ways and in different scales: from posing the ground floor in withdrawal and covering it with wood, which differentiated it from the upper floor, to the floating steel staircase design which ob-tain the desirable effect by separating the architectural elements (floor-wall-stair) and defining them with different materials. The second concept is the use of natural light, especially the use of skylights. Skylights provides a functional solution to bring light to narrow spaces, such as be-tween the walls of the staircase, and also as a design element above the shower for stargazing at night. 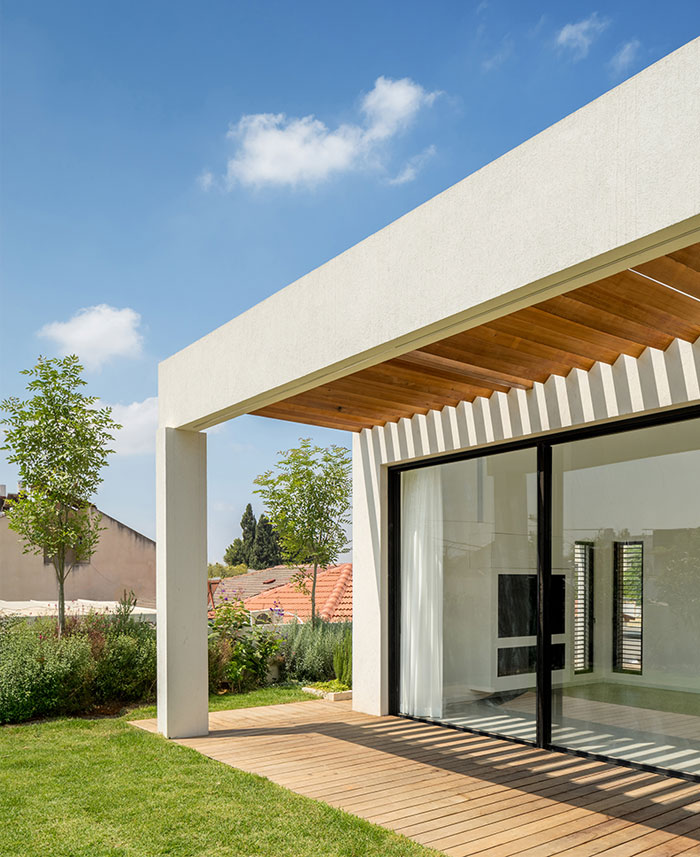 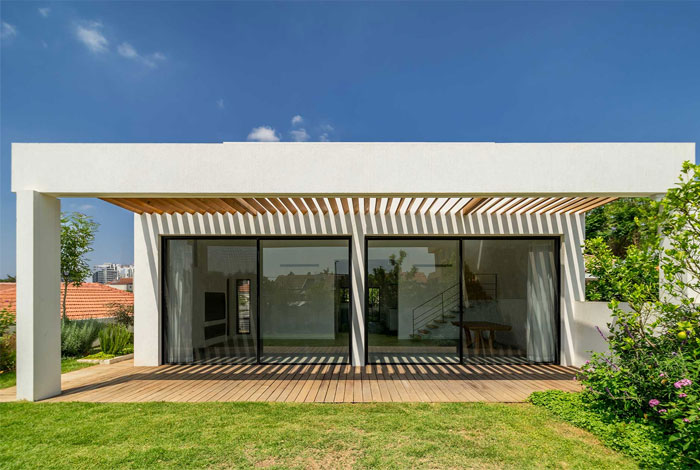 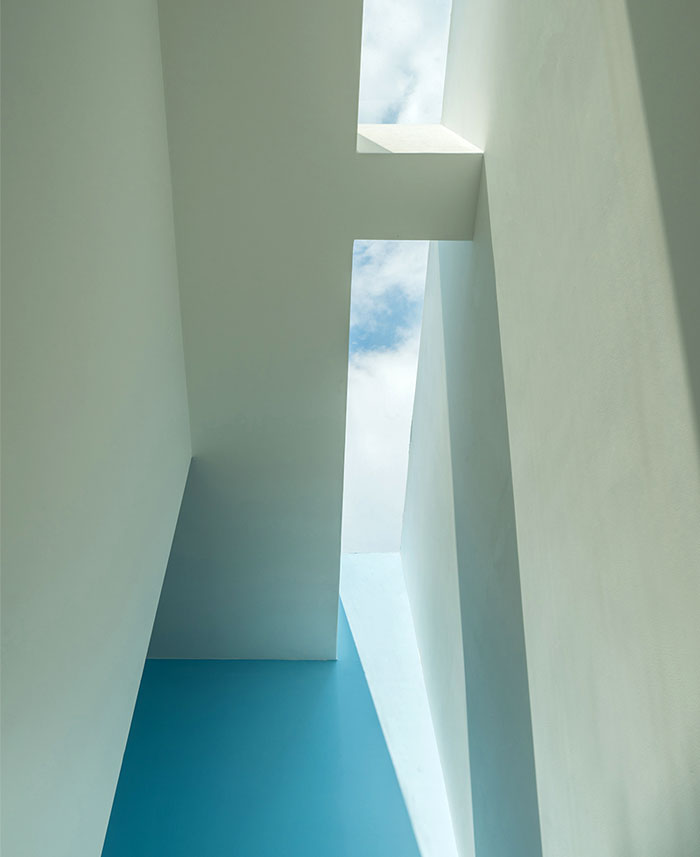 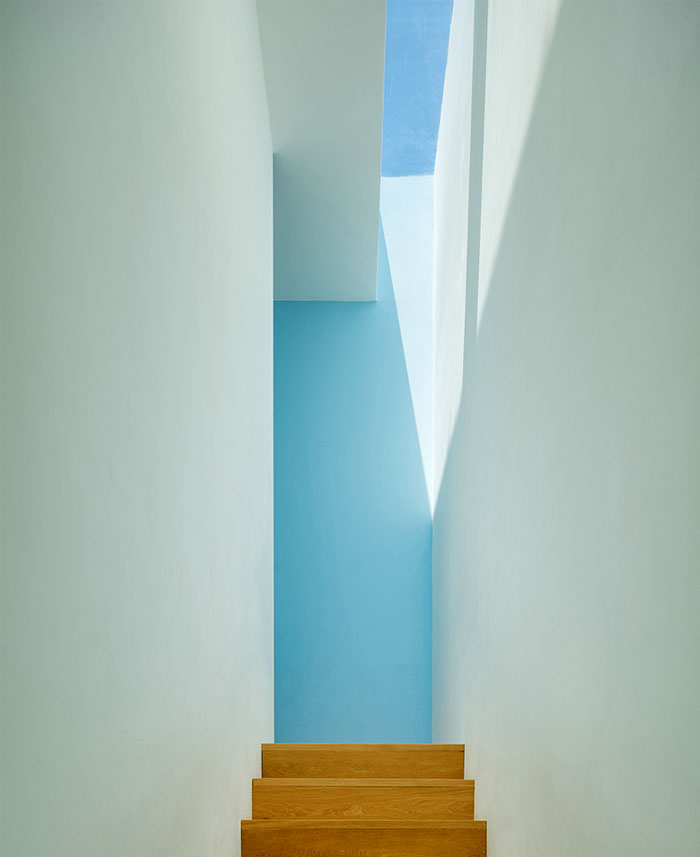 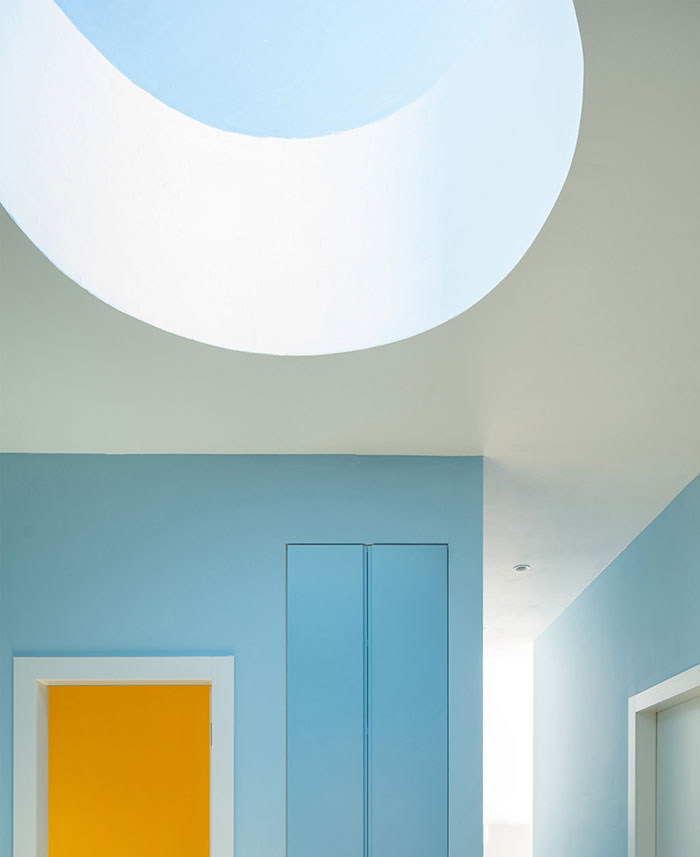