In the COR Lab four design teams have shaped the future of the work space. The result is six furniture designs which are shown for the first time as a compatible ensemble in an exhibition at the COR Haus. 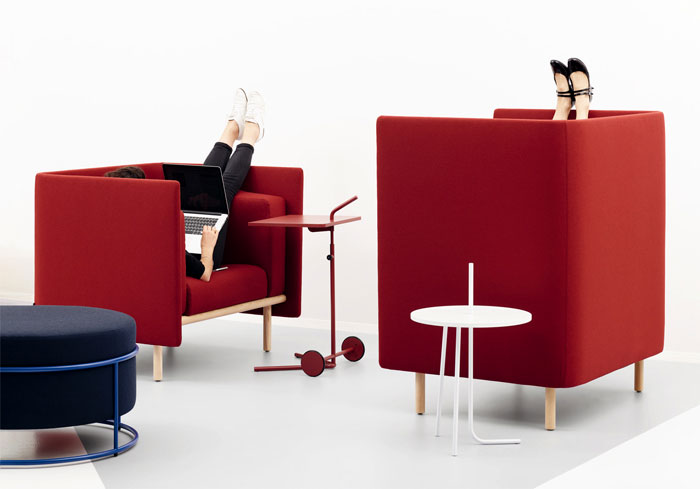 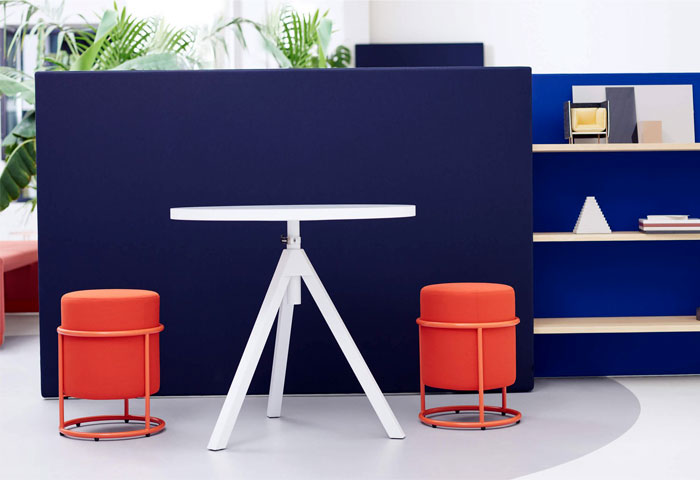 Already in the spring of 2016, COR owner Leo Lübke and Uwe Fischer formulated the premises for an experimental collaboration project with the programmatic title COR Lab. To begin with, suitable young studios – designers – were identified to create new furniture for contemporary working and living environments in their own and at the same time COR-oriented understanding of design. The briefing embraced designs for a table with a bench, a room divider system, a sofa, a stool and various items of side furniture. With the workshop idea as an interdisciplinary approach that combines the strengths of different designers in a collaborative model, the seating furniture manufacturer is treading new paths in the development of comfortable furniture for cozy areas in which people can communicate, work or just relax. 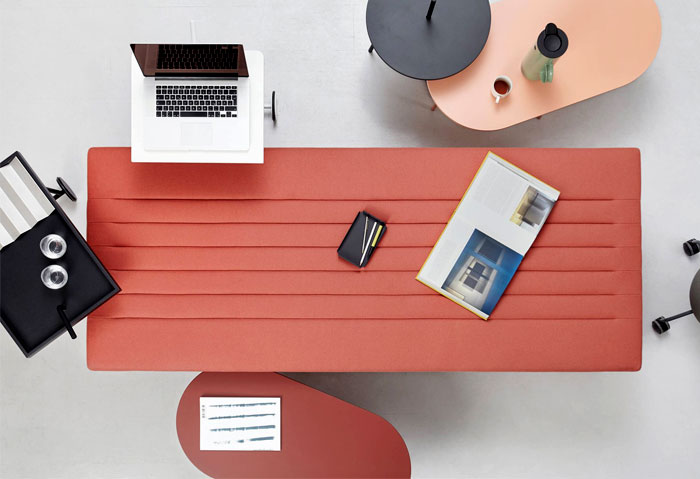 For the first time, a team of experienced and young designers was formed for a COR innovation project, the selection being made by Uwe Fischer. “As a tried and tested cooperation partner in the contract sector, he is represented with his designs, but also active as mentor and moderator in our ‘laboratory,'” explains Leo Lübke. 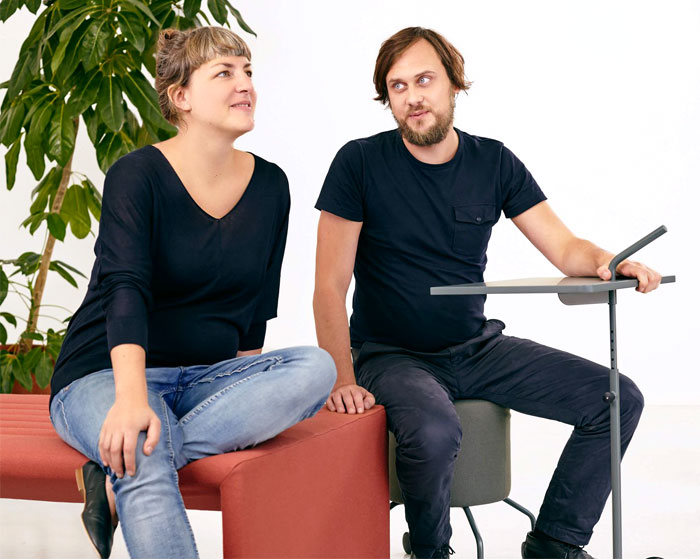 In March 2016, four design teams took up their work: Büro Uwe Fischer and the newly acquired working partners, the studios Aust&Amelung, Relvão Kellermann and Pauline Deltour. The young creative teams, which almost programmatically included the three female designers Miriam Aust, Pauline Deltour and Ana Relvão, were very impressed with their working tour of the factory and their familiarisation with the experts in the development department. 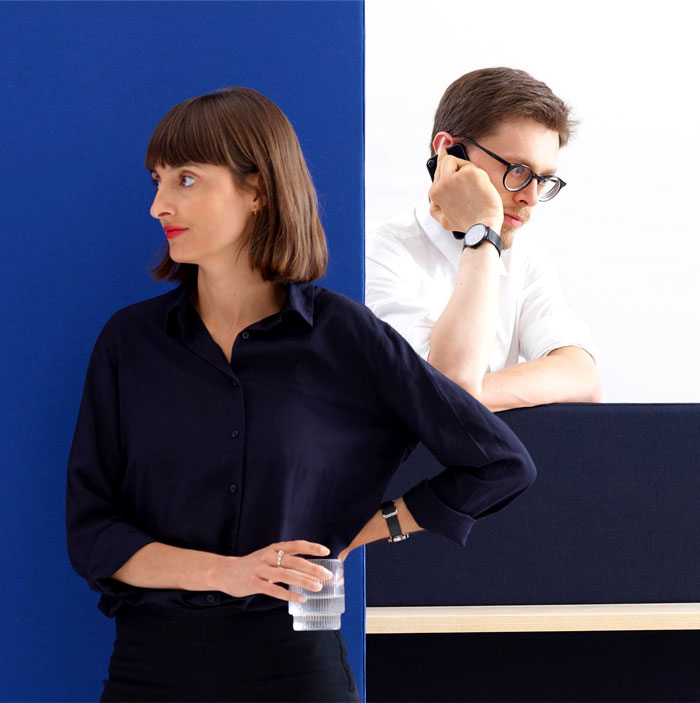 Leo Lübke: “For them, and this naturally also applies to Sebastian Amelung and Gerhardt Kellermann, everyone has their own ‘language’ and attitude. To combine these individual talents in an ideas workshop was part of the experiment, and the result is more than successful.” The dedication to craftsmanship, the sensitivity to the processing of a wide range of materials and the openness of the manufacturer for new design approaches have in turn inspired all newcomers at COR – both male and female designers – to incorporate precisely these values in their designs and to reinterpret them. 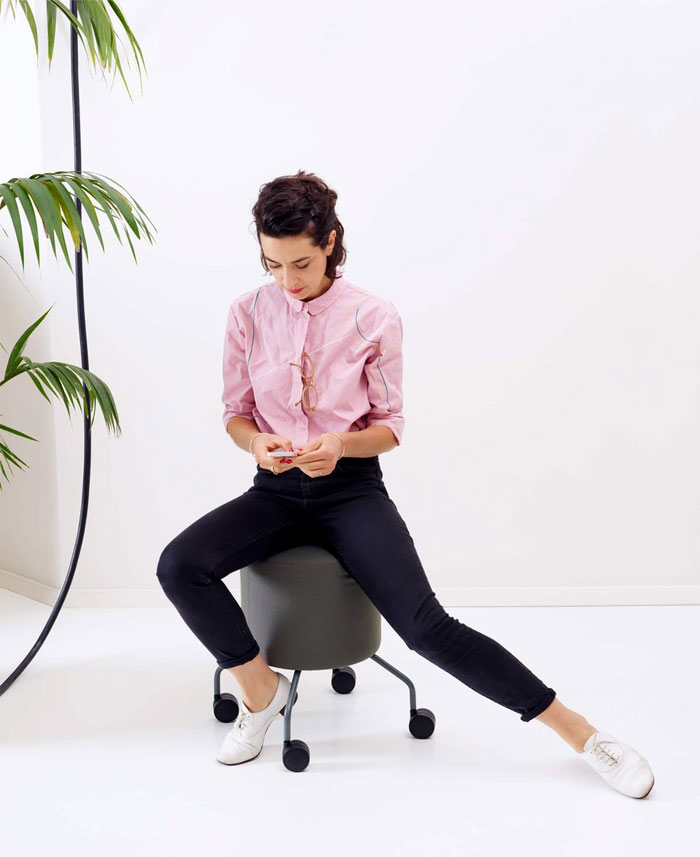 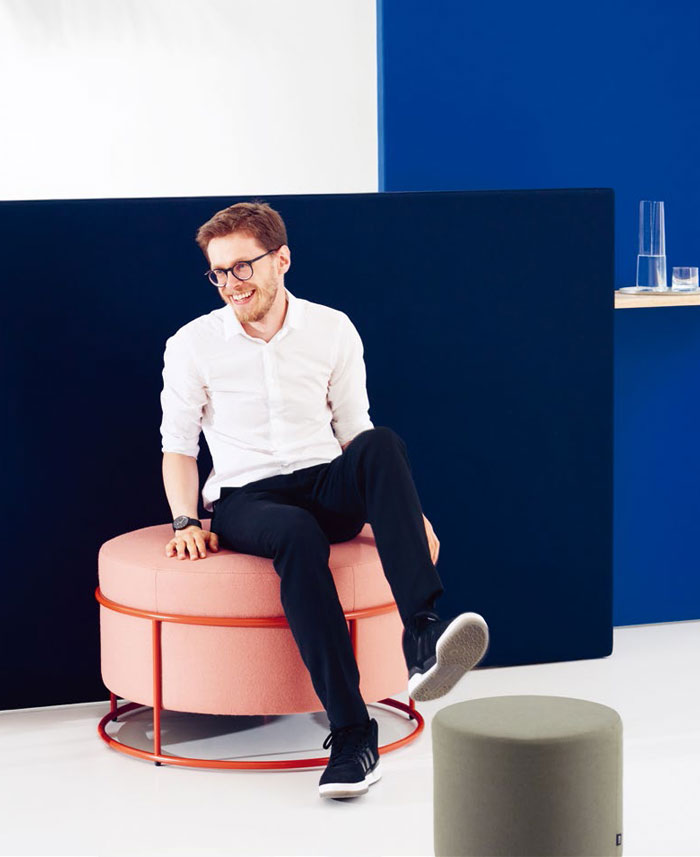 The collaboration principle: method and result are one

Briefed by Uwe Fischer, the creative teams developed the new furniture models independently of each other. Level and Bridge (bench and table), the room divider system Chart, the peripheral furniture Bond, the sofa Floater and the stool elements Drop are innovative individual designs that each stand alone. During the joint presentation in the manufacturer’s development department, the potential to position the furniture also as a compatible ensemble in the sense of a collection quickly crystallized. Leo Lübke: “The COR Lab experiment is based on a collaborative platform in which young and experienced designers join forces to work, develop and communicate with us. This working method and the result achieved – furnishing concepts for collaborative zones in private or public spaces – correspond with each other.” 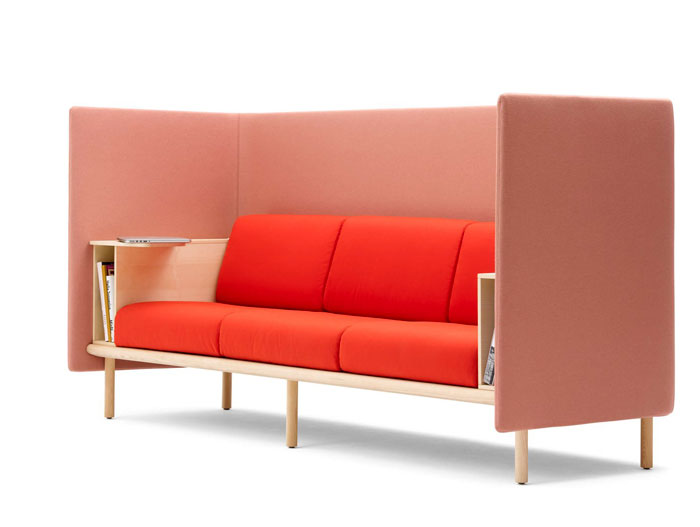 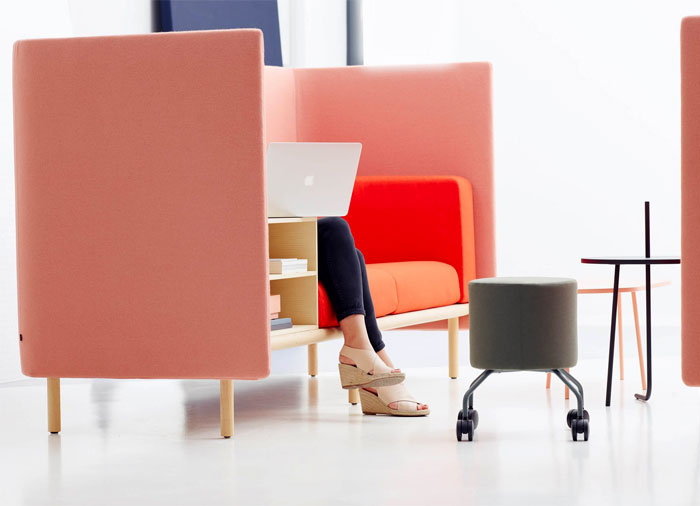 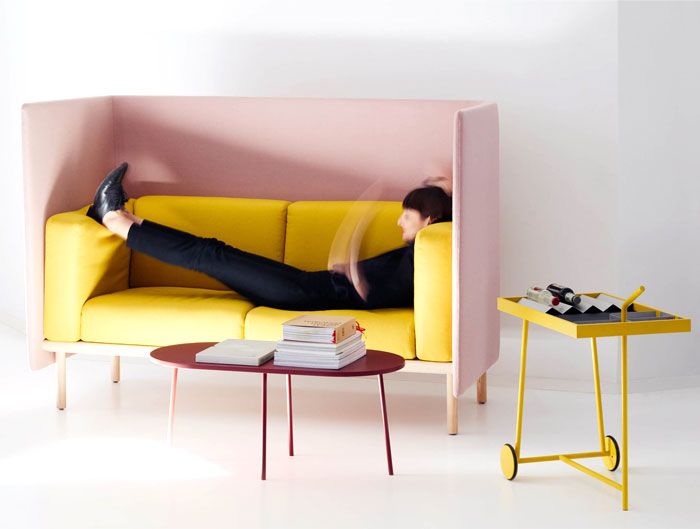 Ideas and suggestions of the creatives have also been realized in the communication of the new collection, which is positioned in the contract and home segment. Gerhardt Kellermann, photographer, and designer presented the COR Lab and its protagonists in Hamburg’s Hafenstudio. The designers worked on site for three days, rehearsing and interacting with their furniture in different settings and scenes. Parallel to an elaborate photo production with new imagery for the COR Lab, movies were created which are also employed on all current social media platforms. Art direction was in the hands of the Hamburg agency Factor, while the film production was realized by the Berlin Nous Film. 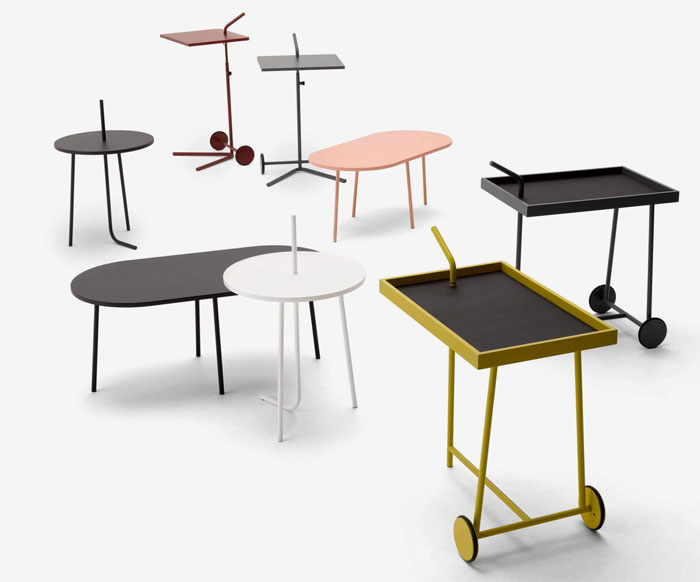 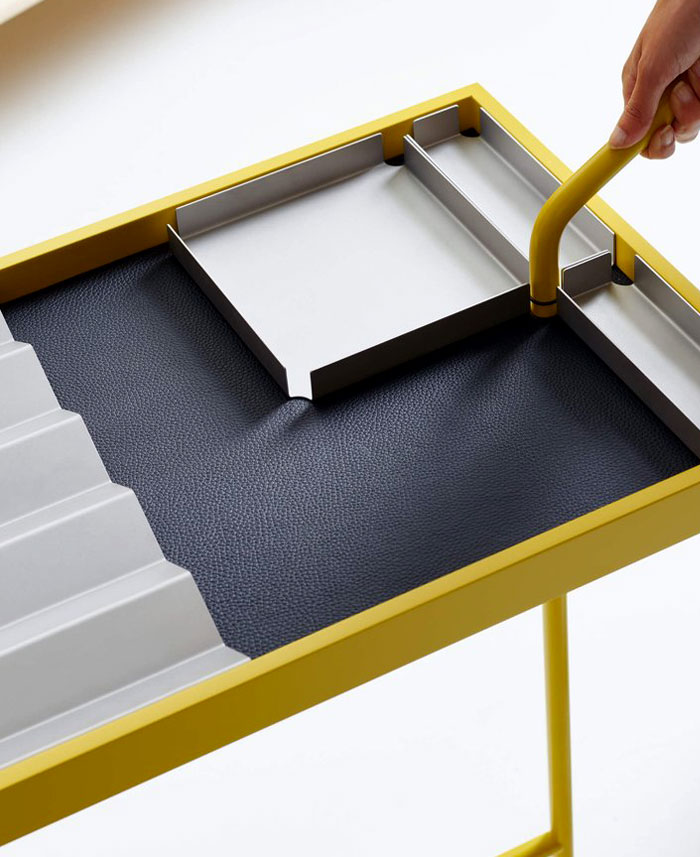 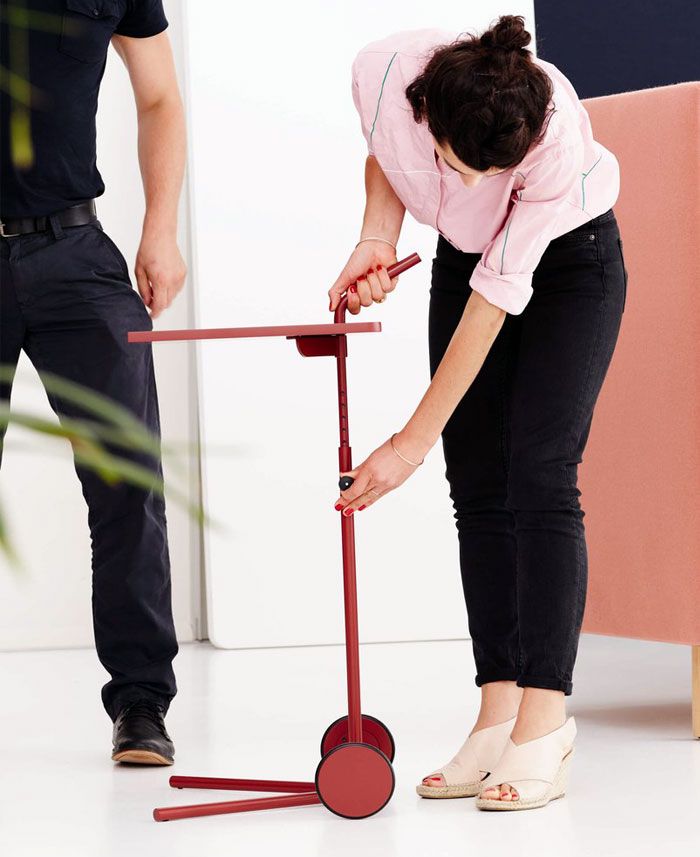 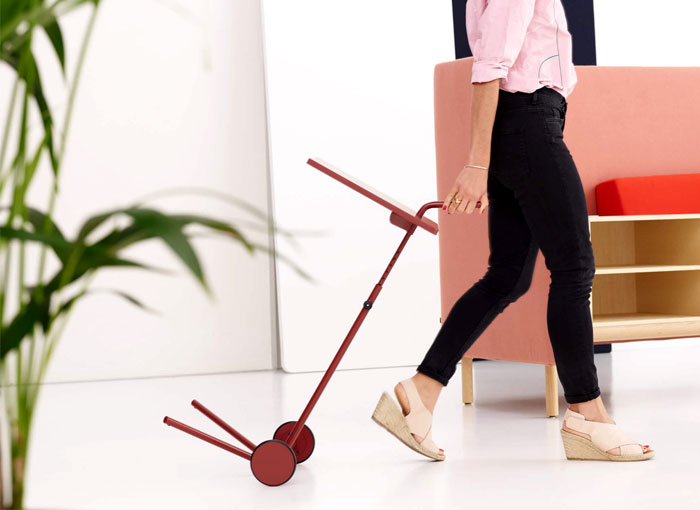