Must by MINA amaze with the built-in mixer concept by matching the pull-out spout, that is an essential feature of every kitchen area. The idea is born from a functional need, inspired by practical use that is attractive for the aesthetic solution adopted: a design project of breakdown kitchen mixer elements and the subsequent rebuilding in a rational but new manner. A kitchen set stripped of ornaments to pay back the essence of the mixer and its inner part, which becomes the subject of the composition. The extension of the pull-out spout is a discreet detail as not to be predominant, but it is built-in the wall. 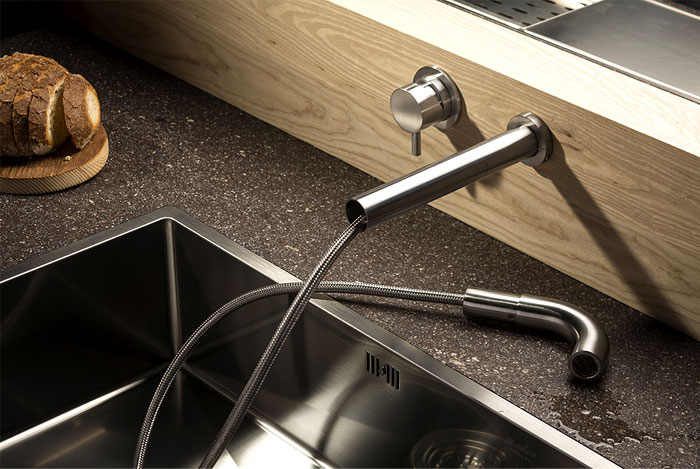 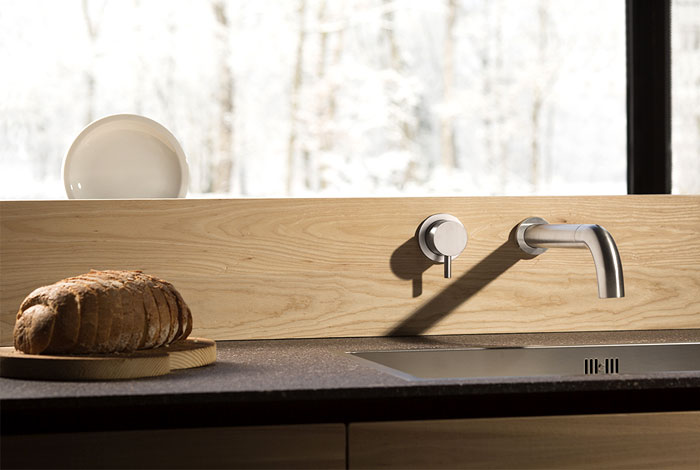 The product is made of many elements, placed in the space: the pull-out spout with a diameter of 34 mm combined with the mixer with whom interacts to control and manage water in absolute freedom, the water connection, and the flexible hose, they are visible or hidden according to interior design choices; the entire body is built-in the wall where the flexible hose slides and allows to move the spout in it. That is MUST: minimal and unusual. A successful way of thinking not just for the kitchen but also in the bathroom, and wherever there is a need to have such mixer. Moreover, it has hygienic advantages thank stainless steel material. 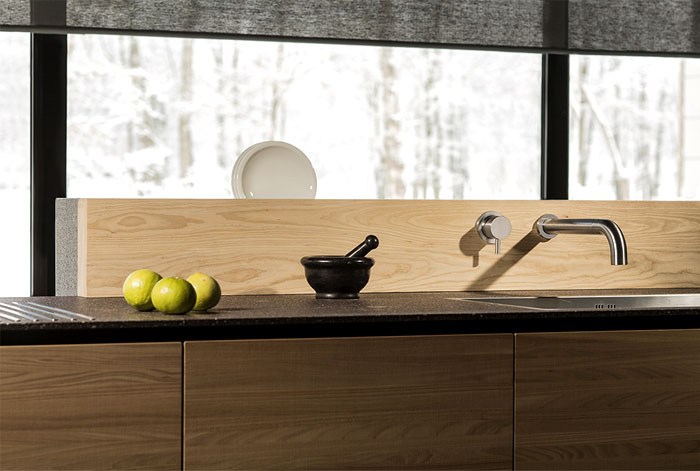 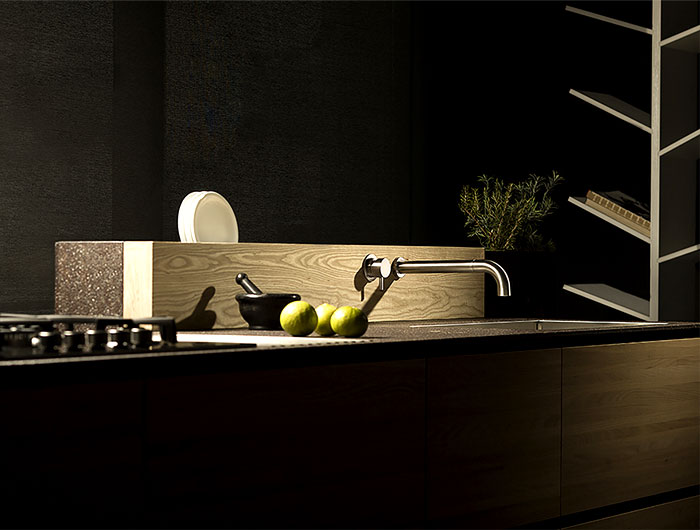