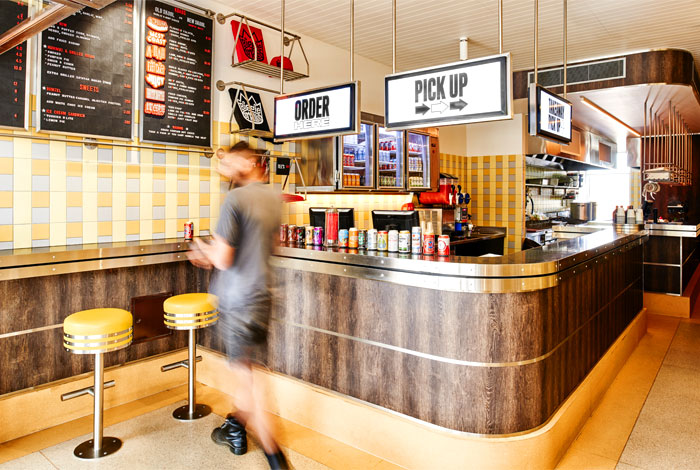 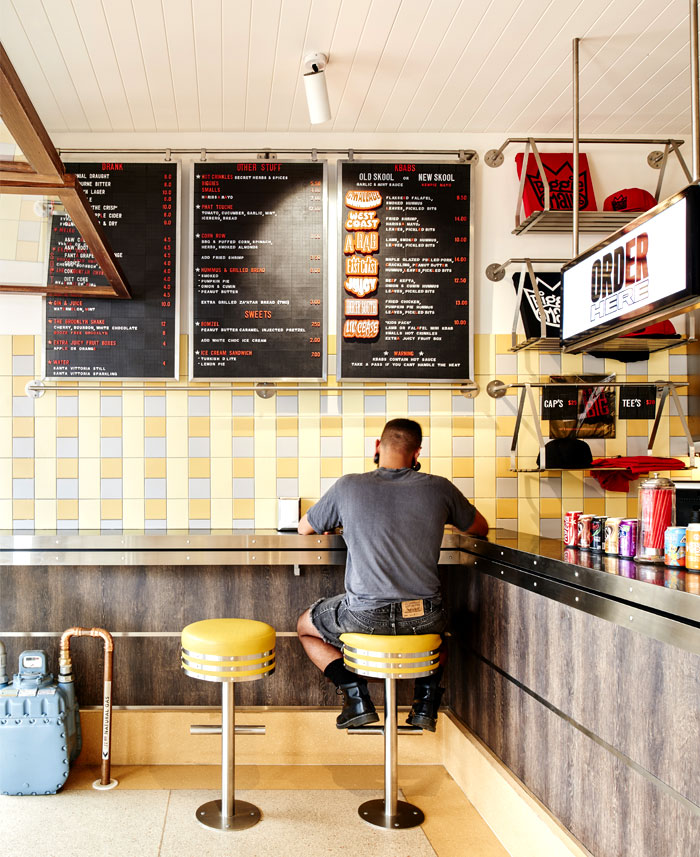 Located on Collingwood’s Smith Street, Biggie Smalls (an ode to Brooklyn cult rapper Christopher Wallace aka The Notorious B.I.G.) combines two of Delia’s personal passions: kebabs and hip-hop. The brief provided to Technē Architecture and Interior Design was to create a space inspired by the streets of Brooklyn where rapper Wallace grew up and complemented the laidback approach to food. 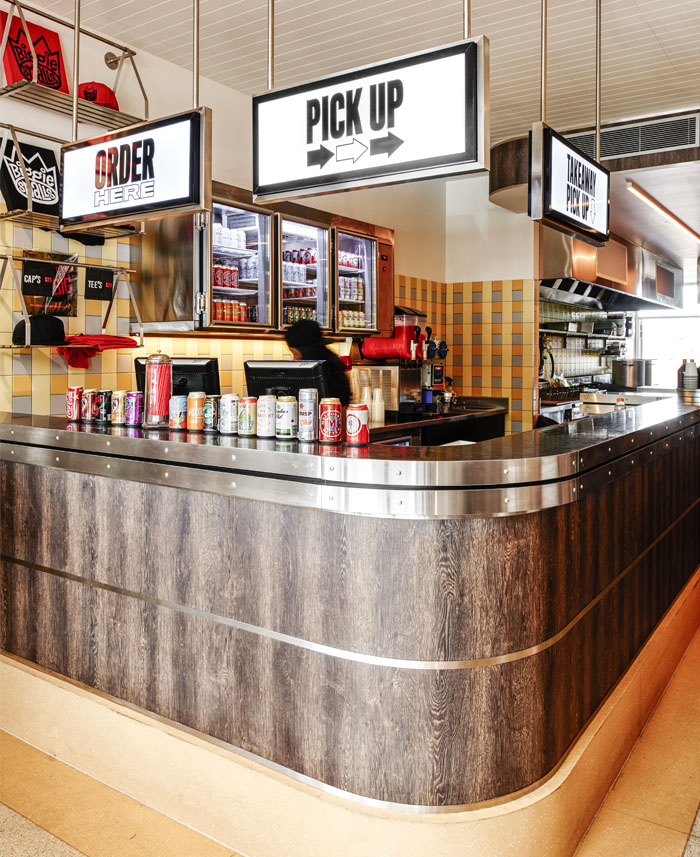 “We wanted to create a space that captured the spirit of the 80s and 90s NYC and would become a relevant part of the local social fabric,” Technē Lead Interior Designer, Kate Archibald. Referencing the classic New York diner, Technē has formed a material palette of stainless steel, vinyl, coloured tiles and timber laminate. 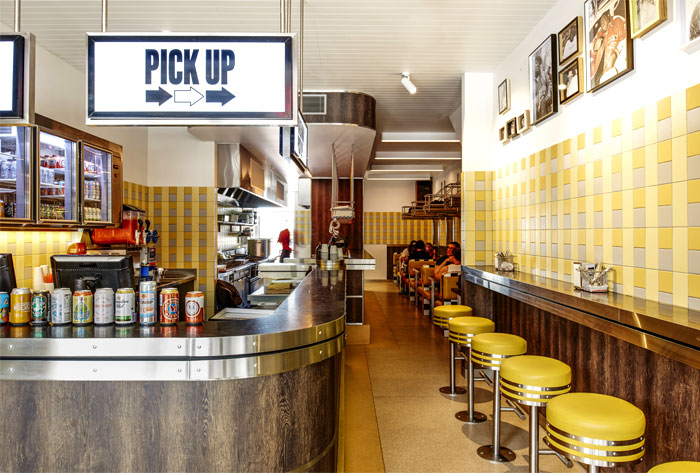 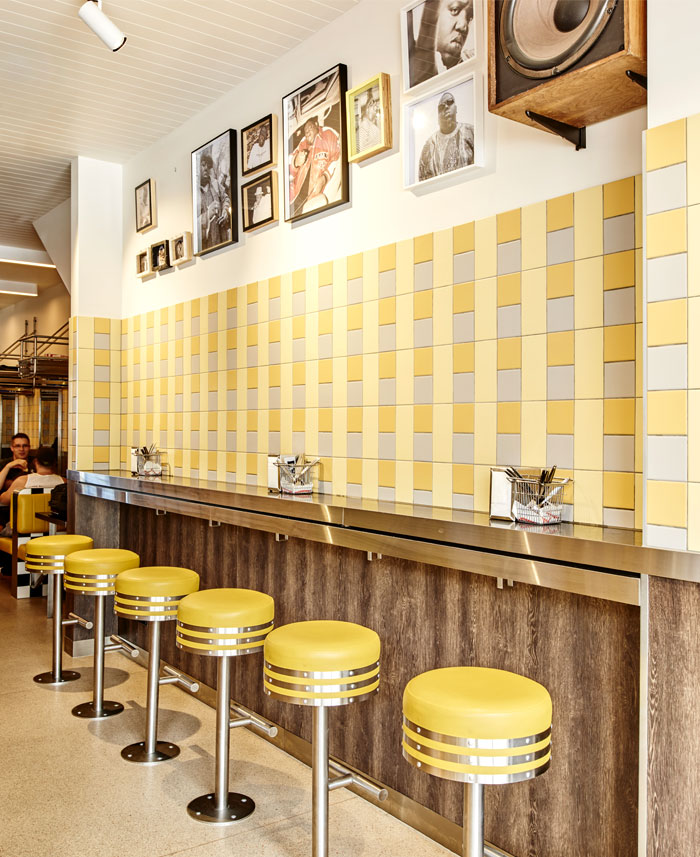 Technē commissioned local graffiti artist Jimmy B of GraffixCreative to produce artwork that adorns the underside of the canopy and façade. With the addition of a pair of vintage speakers that have been owned by Delia’s dad for 35 years, Technē has created a space that feels ready to be lived in and worn out. Although the design and soundtrack are distinctly New York, the menu carries several influences of Delia’s Middle Eastern heritage. 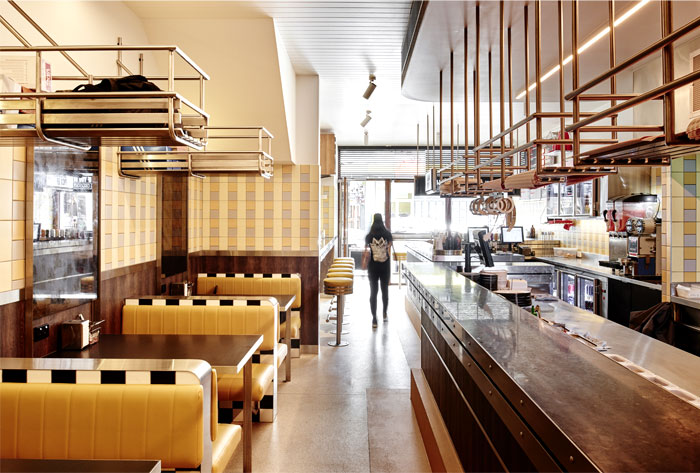 Items include kebabs with harissa, smoked hummus and almond mayo and chips served with preserved lemon and spiced butter.

“I wanted somewhere with a something better than Carlton Draught on tap, no cheesy hip-hop paraphernalia and a menu that’s in keeping with Melbourne’s world-class dining scene,” Delia says.  Photography by Tom Blachford 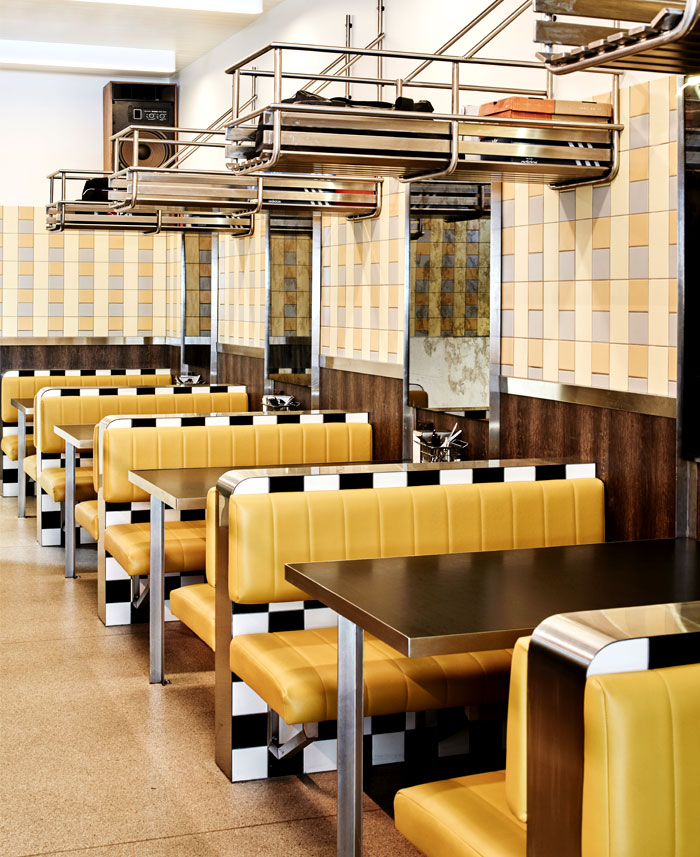 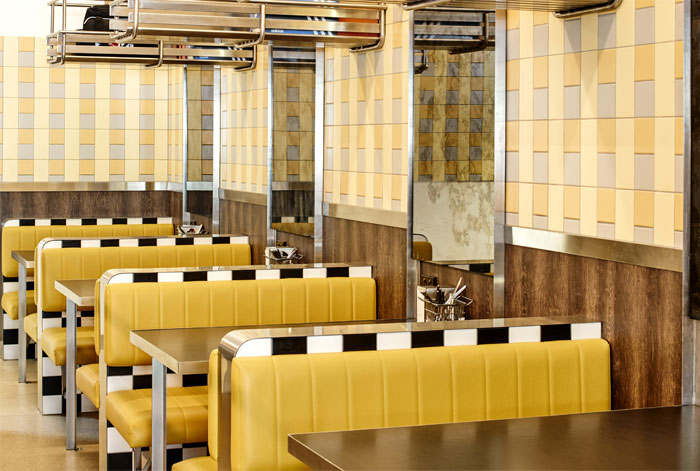 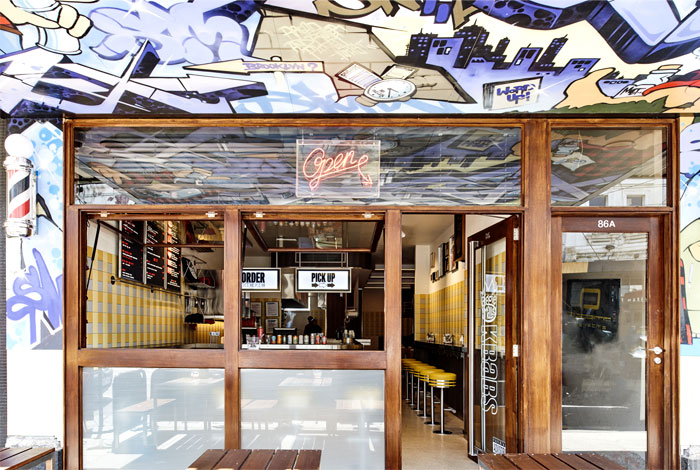 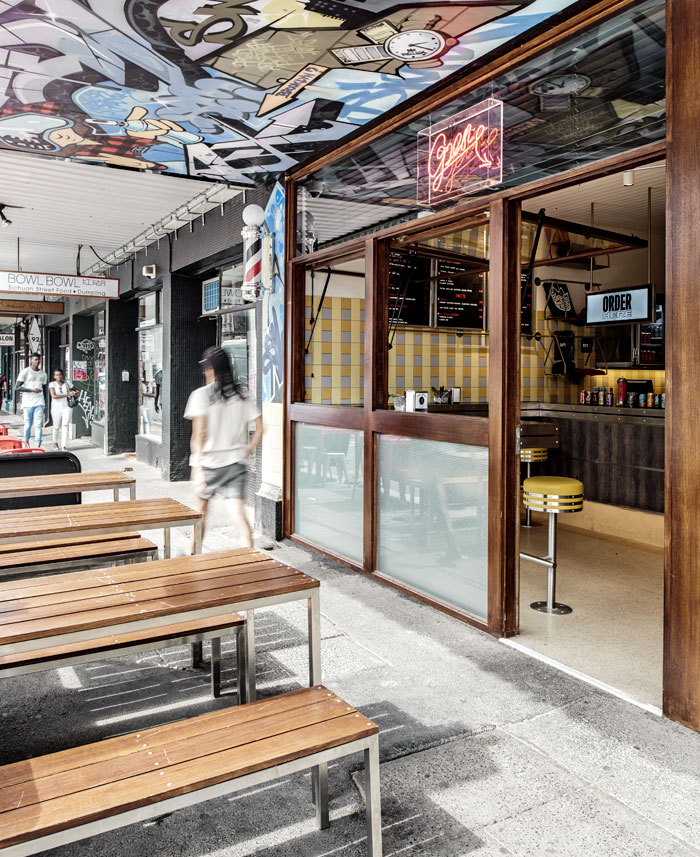 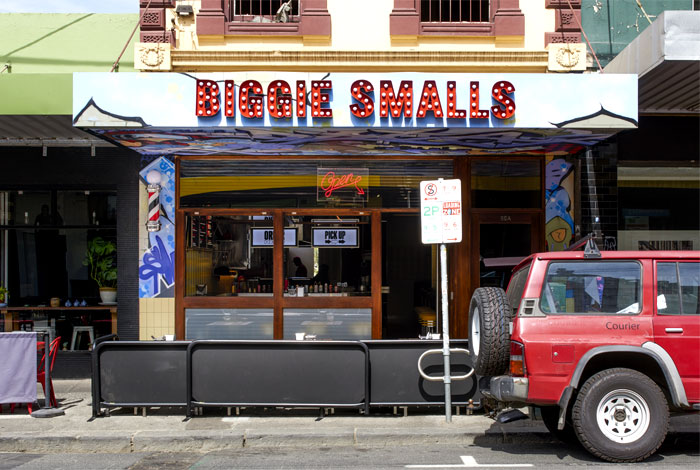 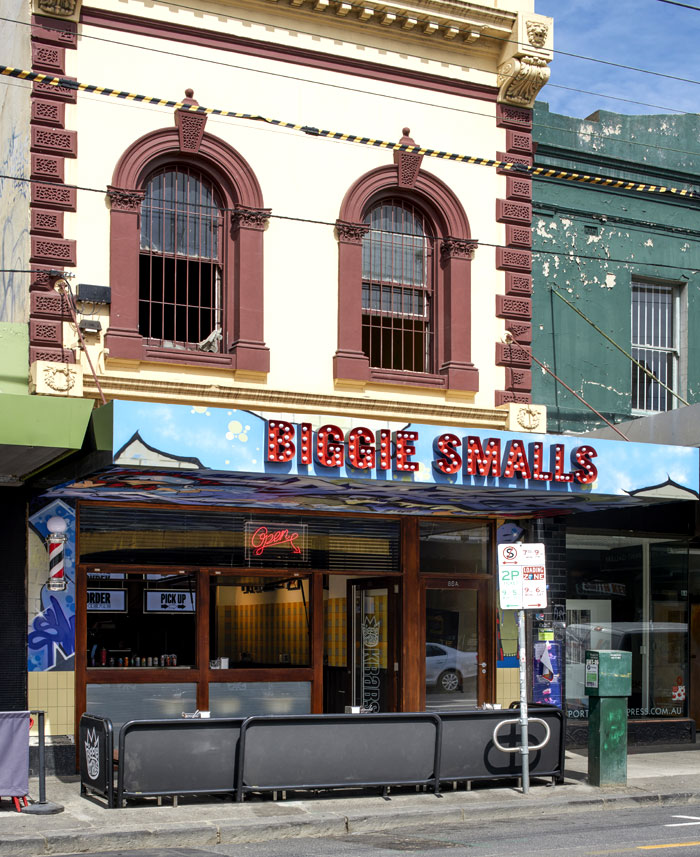