Portego is a design brand which connects – through a synergy of processes and knowledge – the talents of designers with the commitment of craftsmen, leading to the production of items which express profound love for Italian manufacturing excellence. Portego is officially presenting its furnishings collection at Maison et Objet Paris – from 22 to 26 January 2016 – Hall 7 Now! Design à Vivre, Stand D23. Alongside its entire production, the brand will be giving a world preview of Tarsine, the new modular range of inlaid wooden wall coverings, designed by Serena Confalonieri. 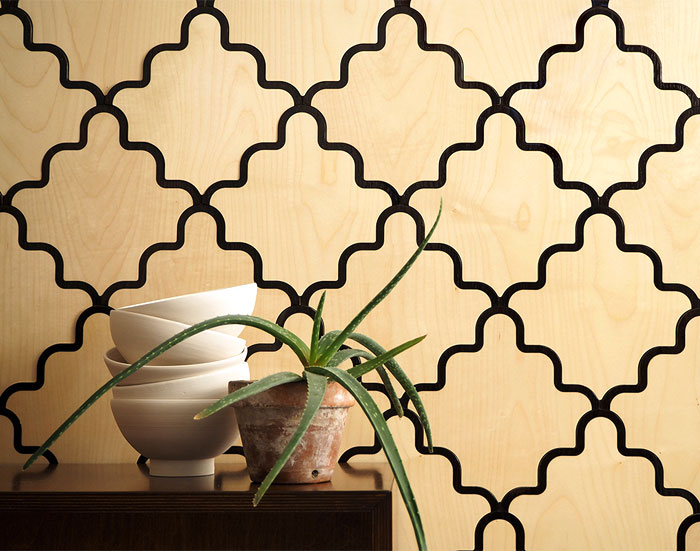 A modern re-examination of the ancient technique of inlay work, which throughout the baroque period imbued the flooring of the Venetian republic’s monuments and buildings with the richness of its multi-coloured marble, stone and ivory decorations (later to be replaced by the essential nature of more linear decorative themes, largely geometric). Tarsine, the new range of modular inlaid wooden wall coverings, designed by Serena Confalonieri for Portego and which will receive its world première at Maison et Objet in Paris, represents precisely this to all effects: an homage to, and at the same time a contemporary reinterpretation of, in terms of style and technique, this ancient artisan tradition. 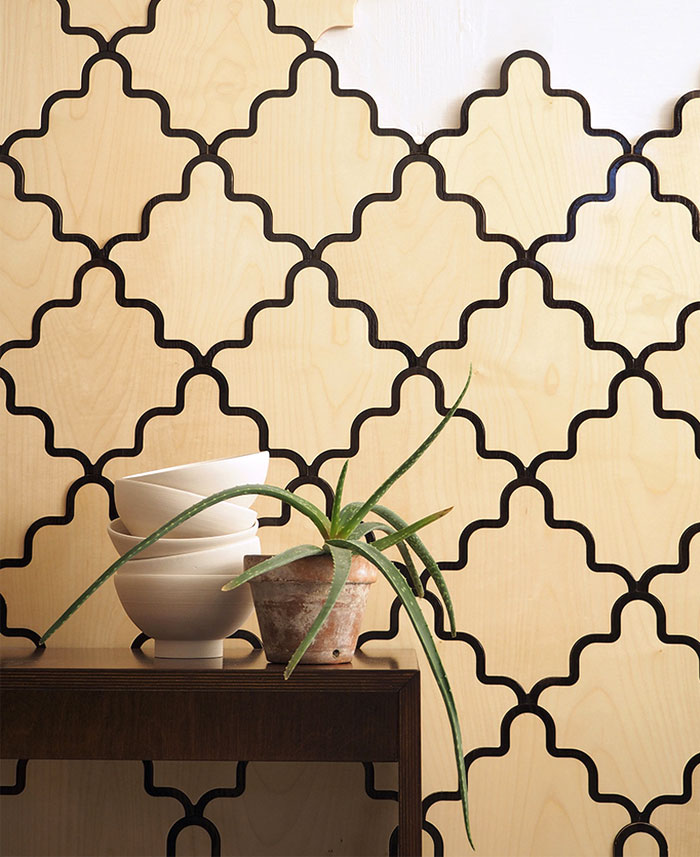 A wall covering composed of modular maple panels, each of which with an inlaid decoration in burnished oak which runs along the entire surface: the distinctively geometrical motifs typical of the traditional marquetry technique, therefore, appear refined and at the same time enlivened by the presence of fluid stylised crenellations. These light and supple lines – a further homage to recurrent decorative themes in the porticos and on the façades of many Venetian monuments and churches – combine to create a soft, sinuous thread which runs along the wall, enlivening it with a new and delicate vividness. Created using 2D laser cutting, each Tarsine panel measures 25 cm L x 25 cm H and adapts with great versatility to different rooms and interior spaces (including bathrooms, thanks to a special waterproof treatment). 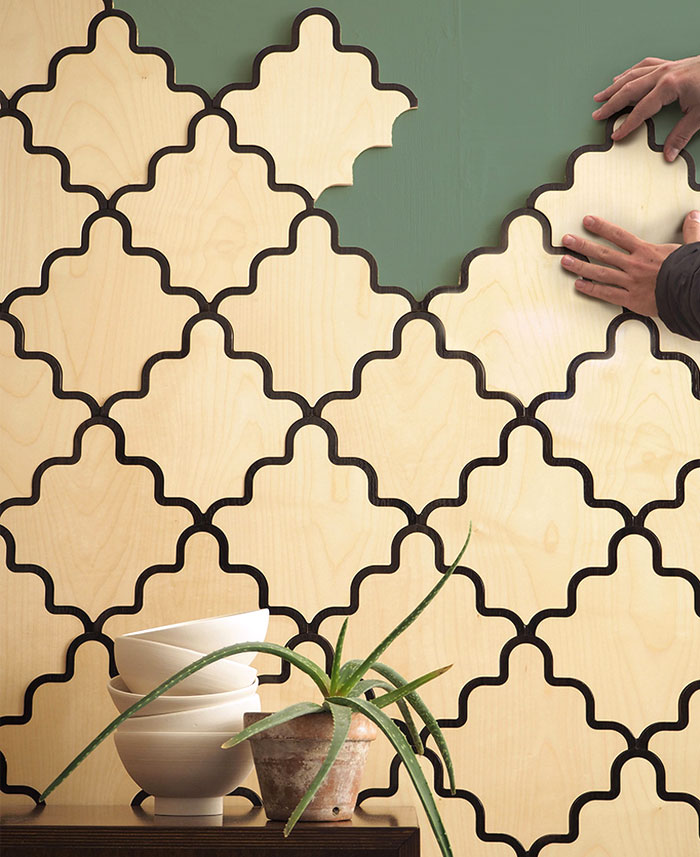 /Tar-sì-na/ Saint Mark’s Basilica and Santa Maria della Salute Basilica, the Scuola Grande di San Rocco and San Pantalon Church: some of the most illustrious Venetian monuments, further embellished by the presence of inlaid Baroque flooring. The unusual beauty of these coverings, with their extraordinary rich geometry and décor, is an integral part of Venetian architecture, in all the splendour of its charm and mystery. 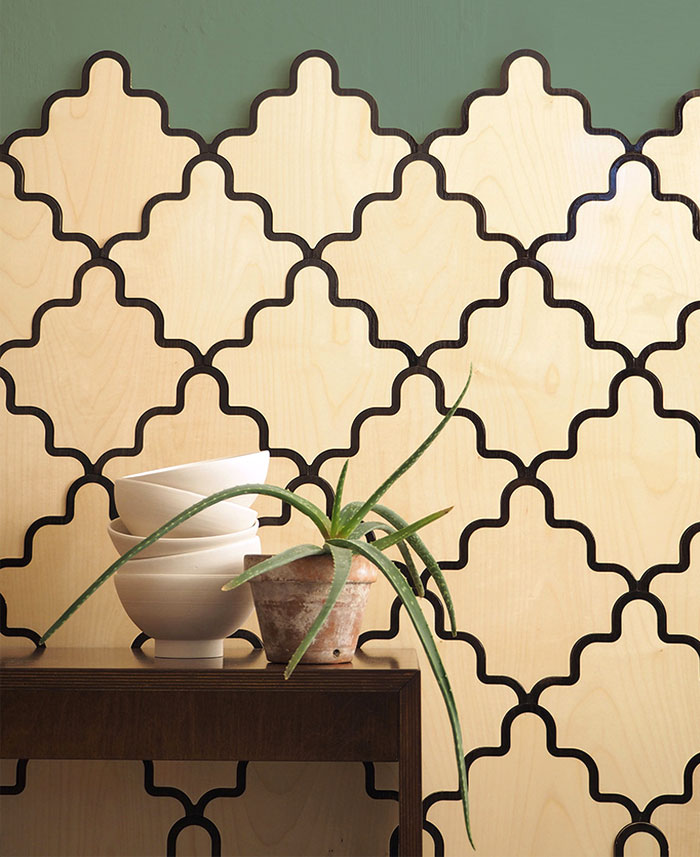 Portego is a design brand which connects – through a synergy of processes and knowledge – the talents of designers with the commitment of craftsmen, leading to the production of items which express profound love for Italian manufacturing excellence. With strong links to its home region, the Veneto, with its rich cultural, artistic and historic heritage, Portego selects the best local craft manufacturers and involves them in the production of high-design products, which are contemporary yet express echoes of the past. Portego then connects the skills of the craft manufacturers with talented designers, brought together by their sensitivity towards craft manufacturing techniques and the ability to revive them in contemporary objects with a timeless appeal. The production which is at the same time exclusive and local, which does not conform to industrial product standardisation, to follow new and different expressive visions and languages. With local Italian design objects available to the world. 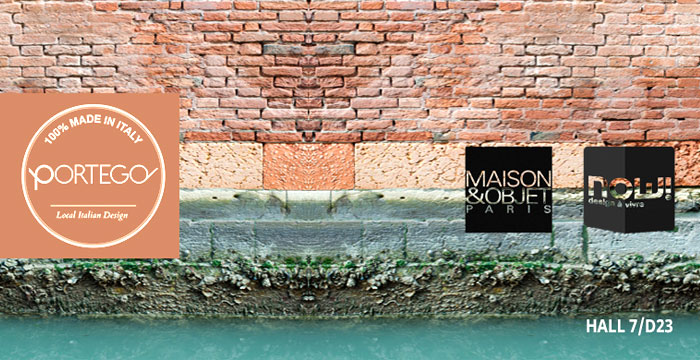